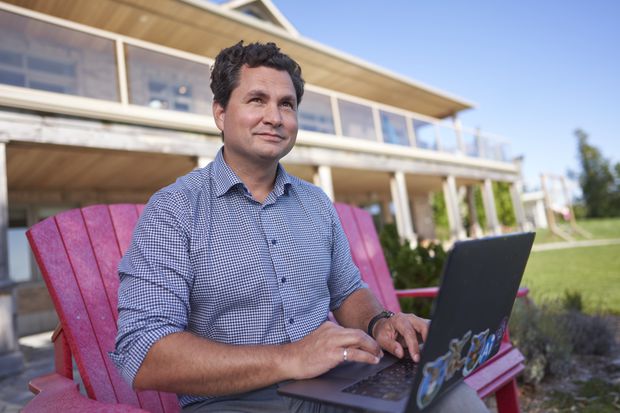 One of Canada’s largest and most established private software companies, online learning provider D2L Corp., is set to go public on the Toronto Stock Exchange in the coming weeks, the latest in a record string of new issues by Canadian information technology enterprises.

The 22-year-old Kitchener, Ont., company, formerly known as Desire2Learn, plans to publicly file a prospectus with Canadian regulators early next month and start marketing the deal after the Thanksgiving holiday, three sources told The Globe and Mail. The company, whose board greenlit proceeding to an IPO in the past two weeks, is looking to raise a nine-figure sum in an offering it expects will value the company at more than US$1-billion.

The Globe is not identifying the sources as they are not authorized to speak on the matter.

The IPO would be the latest in a rash of public listings by prominent online learning platforms this year, including D2L rivals Coursera Inc.COUR-N, Duolingo Inc.DUOL-Q, PowerSchool Holdings Inc. PWSC-Nand Instructure Holdings Inc. INST-N– which returned to public markets just one year after it was taken private by private equity giant Thoma Bravo. All have achieved multibillion-dollar valuations. Canadian-based Docebo Inc. DCBO-Twent public last December on the Nasdaq, after its October, 2019, debut on the TSX; the stock price has grown sevenfold since its original issue price of $16 a share, and Docebo is now worth $3.6-billion.

Canada has had a record run for information technology IPOs during the pandemic. Fourteen have gone public on the TSX since July, 2020, and a 15th, Vancouver decision analytics software vendor Copperleaf Technologies Inc., filed earlier this month, ending a brief summer break of new issues. D2L would join Magnet Forensics as the only companies based in the teeming Waterloo region to go public in the past 15 years.

D2L was one of the early software success stories of Canada’s post-financial crisis technology renaissance. The company was founded in 1999 during the dot-com boom by chief executive officer John Baker, when he was a third-year systems design engineering student at the University of Waterloo. The company didn’t tap outside investors until 2012, when it raised $80-million in what was, at the time, one of the largest software venture financings ever for a Canadian company; it was also seen as a much-needed boost for the Waterloo technology sector because BlackBerry Ltd.’s smartphone business was crumbling.

D2L signed up more than half of Canada’s universities and colleges as clients of its Brightspace platform, as well as U.S. institutions such as New York University and Vanderbilt University. It also provides training and employee onboarding for corporations such as Ellis Don and industry associations such as Chartered Professional Accountants Canada.

The company’s growth has accelerated during the pandemic, which increased demand for online learning options. In the early months of the global health crisis, it saw a 200-per-cent spike in the number of new bookings over 2019 levels and a 250-per-cent increase in the use of its online tools in the summer school semester. The company was awarded contracts recently to help deliver hybrid or online learning options to schools, including a multiyear, multimillion-dollar deal with the New York City Department of Education.

Revenues are now believed to be growing about 20 per cent a year, and recurring revenue is running at about US$140-million a year. D2L has more than 1,000 customers and more than 14.5 million end users. It has more than 1,100 employees after a recent acquisition. Most of its business is in the United States and Canada, and 20 per cent is international.

D2L has been gradually preparing for an IPO, and this summer added three top-tier names to its board of directors: Robert Courteau, the former CEO of Altus Group Ltd; Tracy Edkins, a former senior human resources executive with Splunk and eBay; and former governor-general David Johnston, who was previously president of the University of Waterloo. Last year, the company completed its transformation to a full cloud-based service offering, enhancing its online speed and accessibility on mobile devices.

Mr. Baker declined to take any questions about the company when reached by phone.