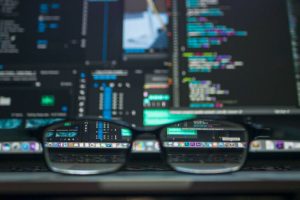 “Canadian governments must recognize cybersecurity as a matter of national security and do all that is required to ensure cyber compliance across all industries,” said Technation president and CEO Angela Mondou, who is sitting on the taskforce. Mondou noted that the organization’s new taskforce “intends to amplify, and take action in this important work.”

The Technation taskforce launch follows a number of recent commitments made by the Government of Canada to bolster the country’s cybersecurity sector, including promising $875 million CAD in Budget 2022 towards cybersecurity and introducing new legislation to strengthen Canada’s cyber-resiliency. Last May, the federal government also announced plans to invest $80 million in the creation pan-Canadian cybersecurity program.

The Technation taskforce launch also comes a few months after the CIO Strategy Council—Canada’s national forum for chief information officers (CIO) and executive tech leaders—outlined plans to establish a national occupation standard for cybersecurity workers in the country as part of a push to ensure Canada’s cyber workforce is qualified for the job.

Technation is a not-for-profit organization focused on uniting the country’s tech sector with governments, communities, and global tech leaders. Formerly known as the Information Technology Association of Canada, Technation publicly advocates for its tech company members, and has a list of goals that include filling the tech talent pipeline.

This taskforce comes as part of Technation’s mandate to ensure government and industry players work together “to define and execute a national cybersecurity strategy and build resiliency across the nation.”

The taskforce has been given four primary goals: identify “realistic cyber imperative areas” to change and improve; develop strategies for increasing the country’s supply of qualified cybersecurity workers; educate individual Canadians and organizations on the need for cybersecurity awareness and readiness; and help develop “the Canadian digital economy for the future.”